We all know that S**t happens, but in our case I wasn’t expecting that saying to be so literal.  Last week we encountered a problem with the plumbing that apparently had gone un-noticed for several years (the space that we are expanding into has been vacant for about 4 years).  When we started out work for the new bathrooms, we ended up with waste water basically going directly from the toilet in our space straight down into the unit below us! What a nightmare. The issue has been repaired and we are working to repair the damage done to our neighbor’s space.

So, why the gratitude? I’m sure some of you have seen, when things are in crisis some people around you really surprise you with how supportive and helpful they become.  Others, who have always been helpful go above and beyond.  Then of course there are those few who even though you’re in crisis, they still expect you to drop everything for them.  Last week, I encountered all three types of these people.  The one that really surprised me, was our contractor.  Contractors in general tend to have a bad rep for not showing up, not finishing things, and doing things much worse.  Our first contractor in our first buildout almost five years ago was terrible, and resulted in us firing him after demo.   When learning of the water issue last week I called our current contractor, and even though he’s working on several jobs, he dropped everything and was there before I could get there. He then stayed all day, and coordinated to have everything repaired, and replaced.  Since then, he’s stayed on top of the situation while continuing the work in our new space.

Most of you know Monique.  She teaches a rocking class, and she’s also the Assistant Manager here at PLAY.  When everything was falling apart, all it took was a phone call and she stepped in to run the studio and completely took over my daily studio tasks.  Without her taking things off my plate temporarily, I surly would have lost my head.

Now, I’m not saying that I dealt with this setback with total grace.  In fact, I did have a minor melt-down the second time this plumbing problem happened, and had to just walk away.  Then my husband Ian, left work to come and be ‘me’ on site at the studio to help take care of the issue. And while this construction process has required almost all of my attention lately, he has stepped in to manage most of my daily household duties, plus Wyatt duty and doing his best to keep me sane.

These people are definitely not the only people being supportive, and I could totally keep going, but then I’d start to sound like an academy award speech.  Thanks to the academy…

Even though we are a bit behind schedule, we are still moving forward and the new space is going to be amazing.  Things were bad for a moment but, they definitely could have been worse.  Most importantly, the people I have by my side are some of the best people that I could ever imagine.

“Be grateful for all the obstacles in your life, they have strengthened you as you continue with your journey.” – Unknown

Categories: Off The Mat, Studio News

Pose of the Week: Ardha Matsyendrasana

Ardha Matsyendrasana "Half Lord of the Fishes Pose" Benefits: This pose is great for digestion,…

We have such an amazing community of yogis, and would love to introduce you to… 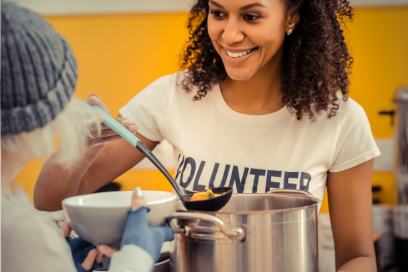 5 Easy Ways You Can Give Back

Hi Yogis! We are welcoming back blog content with a couple posts a month and…